Safety – freedom from danger and risk of injury – is the prime concern with cable and pipe transit systems. When a hole is cut in a deck, bulkhead, wall or floor to allow the passage of cables or pipes, risk is introduced into the structure, particularly with regard to the spaces left between the cables and/or pipes after they have been installed.

If a fire should occur in a switch room or an engine room, for example, decks and bulkheads act as fire barriers that prevent the spread of flames, heat and smoke. This protective function, therefore, must be reinstated and the risk of hazards spreading eliminated by installing gas-tight self-extinguishing packing between cables and pipes passing through decks and bulkheads. 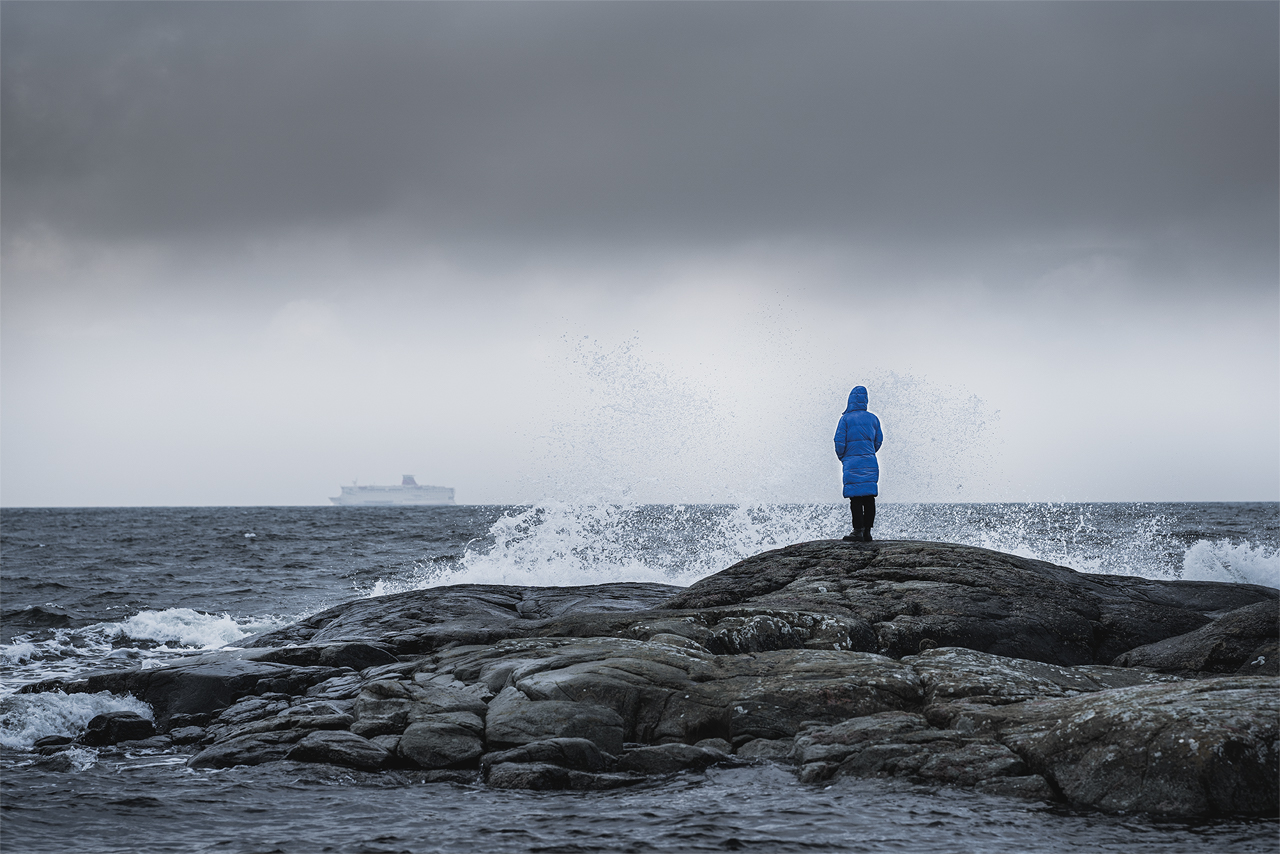 Together we make life less unpredictable.

There are great forces out there, that have the power to change life as we know it. Some things you control, some things you don’t. But we are surrounded by smart and strong people who work tirelessly, making the world a better and safer place.
Together we make life less unpredictable.

Transits prevent fire, smoke, gas and water from reaching adjacent parts of a structure through cable and pipe penetrations in the event of a hazard occurring in a particular compartment.

Playing a vital role Although cable and pipe transits may be regarded as minor components of a ship, an offshore oil platform, a power plant or other installation, they play a vital role in protecting people, environment and the continuity of operations. Vast sums of money are invested in skilled employees and high-value structures and so these key assets must be carefully safeguarded at all times. This is why the omission or poor construction and installation of transits in a structure may be regarded as gross negligence.

Heat, explosions, flames, smoke and hazardous fumes are all associated with fire. These must be contained in as small an area as possible to facilitate firefighting, decision-making, possible evacuation and arrival of emergency services. This method is known as “Structural Fire Protection”, whereby the barrier properties of the structure is its own first line of defence. In order to contain the hazards related to fire, transits must be able to contain and insulate extreme temperatures for a certain amount of time: for example, A60 Class approval demands withstanding a temperature of 945 °C after 1 hour, whereas H120 Class approval demands withstanding a temperature of 1100 °C after 2 hours. In both cases, the heat transferred through the transit is limited to a temperature rise of less than 180 °C.

A special type of fire is “Jet Fire”. As its name suggests, this is a long spray of fire in one or more directions caused by the forceful and continuous release of combustible gas. Jet fires present a high level of risk resulting from serious accidents on offshore installations like oil and gas platforms.

Many transits are below the normal water level, therefore if a hull is damaged or a car deck breached, the spread of water must be controlled. Not only should transits prevent passage of water at atmospheric pressure, but also, in an emergency situation, at higher pressures such as found at the depth of a ship’s hull, submarine or support structure of an oil platform.

This term is used to cover both electromagnetic pulse and interference (EMP/EMI). EMPs are intensely fluctuating magnetic or electrical fields resulting from explosions (particularly nuclear), or broadband, high-intensity, short-duration bursts of electromagnetic energy. EMI is electromagnetic radiation emitted by electrical circuits carrying rapidly changing signals and can cause the induction of interference or noise in other circuits that limit their specified performance. EMI can be generated intentionally, as in electronic warfare, or unintentionally, as a result of spurious emissions and responses, phenomena.

Protection against EMP/EMI is normally performed:
In facilities housing important electronics, computers and communication systems. In situations that are exposed to the risks of lightening, electrical discharges, bomb explosions, espionage and sabotage. In order to reduce interference when a signal cable and a power cable have to be installed together.

In addition to the need to prevent the spread of fire, water and other liquids, other factors could influence the safety, lifetime and function of cable and pipe transits. These include:

Hazardous chemicals: the transits must not be compromised by chemicals used in operations carried out in or on the structure. Whether salt water, drilling fluid, cleaners, etc., the chemicals should not adversely affect the function of the seal.

Vibration:  primarily found in ships and oil platforms where it is caused by machine operation.

Mechanical disruption:  any interference with transit integrity caused by mechanical movement of the division in which it is installed, or of any equipment or materials that come into contact with the transit.

Vermin attack:  rodents and insects are the most common types of vermin that pose a threat to transit integrity. Microbial action causing degradation of transit blocks is another problem.

Heat and moisture: this is a common problem that may have an adverse effect on transit components.

UV radiation:  rubber components may be compromised by long-term exposure to sunlight.

Testing to evaluate the effects of these factors on transits should be carried out.

Training in Sweden or at customers premises

Thorough training with cable and pipe transits – including cable management – is indispensable for achieving the high standard of  safety needed when installing transits. On-the-job training is carried out in the normal work environment using actual transit components, tools and documents that are used in everyday work tasks.

Off-the-job training takes place away from the normal work environment, often on the premises of the transit manufacturer. Advantages of this type of training is that it allows trainees to concentrate totally on training activities without work production pressures, to train on a variety of transit types and applications, and to understand the theory and practice that lie behind transit design and installation.

Training should instill an awareness of safety regarding the use and installation of cable and pipe transits at all levels of a construction project. The relevant staff in design companies should know what types of transit are available and where they are best used. Shipbuilding or construction site managers should be trained in all aspects of transit design and installation so that they know how to train installers and how inspection routines are carried of effectively. And installers should be trained how to fit transit frames and blocks correctly to achieve tight systems of the highest standard.

Construction site management is strongly focused on obtaining a good return on investment for their company, something which staff training helps to realize. Trained employees understand the importance of their job, their role in an organization and how to carry out tasks accurately and efficiently. Training also contributes to high staff morale and job satisfaction.

All these factors enable construction personnel to perform high-quality work that not only puts safety first with cable and pipe transits, but also avoids the need for reworking along with consequent increased costs.

The design, materials, construction and finish of frames play decisive roles in determining the safety of frames in withstanding constant stress in maritime and land-based environments.

Before working with insert blocks, cable management has to be carried out. Basically, this means that all cables passing through frames must have enough movement to allow them to be positioned correctly to facilitate fitting the insert blocks.

For first-rate insert blocks, a lot of thought and good science goes into what may at first seem a simple transit component. But the performance of blocks is a key element in assuring the safety of cable transits.

No matter how many safety features are built into the components of cable and pipe transits, they can only be realized through correct installation. This means that transits must be complemented with training to maximize the safety awareness in all stakeholders.

Testing for certification purposes is carried out in independent laboratories throughout the world. The Fire Test Procedure (FTP Codes) Standards, however, apply equally to all laboratories, no matter their location.